Fonda: Once a Traitor, Always a Traitor

More than 40 years have passed since Jane Fonda made her trip to Hanoi in North Vietnam, but some wounds last a lifetime. As a liberal activist against the war, Fonda raised the ire of a generation of military men and women (to say nothing of patriotic Americans everywhere) when she decided to visit the enemy in the midst of combat. On her two-week tour of the country, Fonda visited villages, schools, factories, and hospitals. She met American prisoners of war, and – most damningly – posed for pictures atop an anti-aircraft battery. When the pictures, along with Fonda’s insistence that American soldiers had deliberately destroyed the Red River dike system, hit the media, the backlash was swift. Fonda was given the moniker “Hanoi Jane” and labeled a traitor.

While younger generations are more likely to relate Fonda to Ted Turner, exercise videos, and the occasional movie role, many Vietnam veterans will always see her as the woman who spit in the face of the troops. That’s why 50 former members of the military and their supporters gathered outside the Weinberg Center for the Arts on Friday night to protest Fonda’s appearance.

“Forgive? Maybe. Forget? Never,” read the signs in Frederick, Maryland. One Army veteran there to protest her appearance said that Fonda was responsible for ruining negotiations between the countries at a crucial point in the war. “She got Americans killed…and she went to Vietnam to advance her husband’s career.”

On stage, Fonda addressed the controversy. “It hurts me and it will to my grave that I made a huge, huge mistake that made a lot of people think I was against the soldiers.”

But, as the signs said outside, some things aren’t so easily forgotten. And while she seems to now understand that she made a mistake in 1972, there are some mistakes for which an apology isn’t quite good enough. Hers was one of them. Protesting the war was one thing; Americans have the right to express their beliefs even when it might be considered unpopular to do so. And there are any number of reasons why we should have stayed the hell out of Vietnam.

Demonizing America and her troops in enemy territory in the middle of the war, however, is a bridge too far. That goes beyond expressing an opinion. That gives aid and comfort to the enemy. I’m not saying that Fonda should have been tried for treason, but no one should ever forget what she did. It should be brought up every time her name is mentioned. Perhaps intoned in a voice over when she’s featured in a movie. “Starring Academy Award winner Morgan Freeman, Academy Award nominee Leonardo DiCaprio, and American traitor Jane Fonda…”

Does Fonda deserve to go down in history alongside Benedict Arnold? Perhaps not, but that doesn’t mean her actions should be forgotten. Every man and woman chooses for themselves what it means to be an American. Fonda made her choice. She can live with the legacy.

George Soros: The Man Behind Ferguson

Inside Terror: ISIS “Much Stronger Than We Think”

Biden in Nevada: Deportations Will End if I’m Elected President

Did Hillary Clinton Just Find a Sneaky Way Into the 2020 Race? 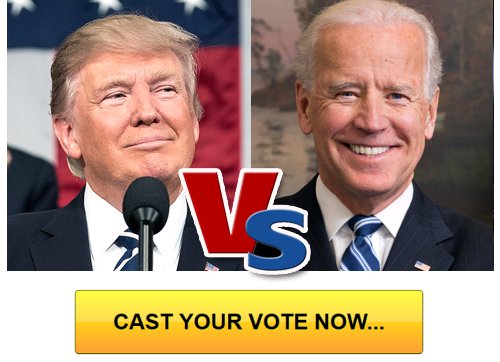 TRUMP vs. BIDEN: Who Would You
Vote for if the Election Were Today?